The Domestic Violence Institute, Inc. is a not-for-profit 501-C company that was formed in the early 1970s to provide support for domestic violence victims around the world. It has a three-fold mission:

To educate the general public about domestic violence, especially prevention and intervention.

To change public policies to remove barriers and encourage assistance for survivors of all forms of gender violence.

Although we began working with the topic of domestic violence and battered women we quickly added abused children to our focus, as the overlap with different forms of family in the family is unmistakable. So many victims who have been sexually exploited, harassed and abused also have had experience with domestic violence in their lives, so we added them to our list of gender violence victim/survivors. During the last few years, we began to focus on victims and survivors of sex trafficking, both in the U.S. and around the world. Not surprisingly, many grew up in homes where there was intimate partner abuse and child abuse. So we now cover the various forms of what is called, gender violence, because most (although not all) of the victims are female and most (although not all) of the perpetrators are male.

To this end, we have partnered with others working in the area of gender violence in many different areas of the world. Over the past almost fifty years, we have traveled to many different countries often at the request of their governments or other professionals seeking to make changes in removing barriers, educating communities, and providing services to survivors of domestic violence and other forms of gender violence. Please see the map for a visual reference of countries we have worked in.

We also have many partners around the world with whom we continue to work. Here are five of them… Dr. Antonopolou from Greece, Dr. Villavicencio from Spain, Dr. Pauncz from Italy, Dr. Pick from Mexico and Dr. Raguz from Peru. See the exciting work they are doing with us. 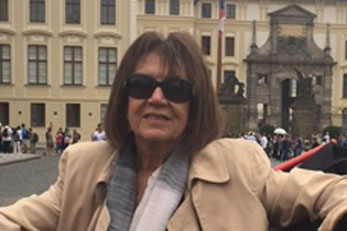 Dr. Christina Antonopoulou is a psychologist who heads the Domestic Violence Institute of Greece. She is a retired professor from the University of Athens and has her own independent practice in Athens where she consults with many who need her clinical and forensic services. She has been a strong advocate for women to obtain their legal rights and formerly worked for the Prime Minister in the Office of Equality representing Greece in the European Union. She publishes articles and books, frequently appears on television both as a guest and with her own show, and presents at conferences around the world. Most recently she presented with our team in Prague concerning the horrible conditions of refuges interned in Greece while fleeing from being killed in Syria and Afghanistan. Many of these refuges are unaccompanied minor children who are being sold into slavery by human traffickers. Unfortunately, immigration issues in Europe and other places make it difficult to resettle all these refuges who are using Greece as a stop on their journey. See the pictures and read what Dr. Antonopoulou is doing to help them. 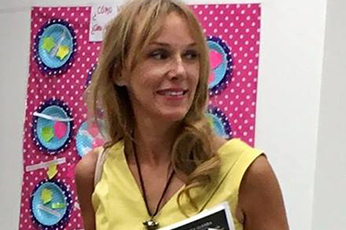 Dr. Patricia Villavicencio is a psychologist in Madrid Spain who is working to eliminate violence against women and children in many of the African countries as well as in Spain. She is the Director of the Trauma Unit at the Hospital Clinic San Carlos and is a Professor of Psychology at the Complutentese de Madrid where she trains interns in trauma-specific treatment. Her training extends to all health workers in their continuing education through Spain’s health ministry. Most recently she has earned a certificate in EMDR and has been using it to help child victims of sexual assault and war in Uganda. See pictures of her work with the children at the Mupenzi Children’s home in Uganda and her interview with Dr. Francisca Garcia, who is the President of the EMDR Association in Spain. 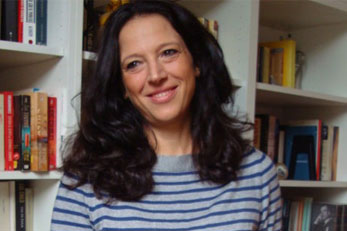 Dr. Alessandra Pauncz  in Italy has been working with the Italian coalitions  against domestic violence through the Fondazione dell’Ordine degli Psicologi della Toscana, at www.fondazionepsicologi.it.  We spent time together in Florence when she invited me to do training at the battered woman shelters in the Tuscany region of Italy.  She has continued the work and most recently published an Intervista with Lenore Walker that we did over skype catching up with recent events and ideas about the domestic violence movement in both countries. Technology makes the ability to stay connected so much easier these days. 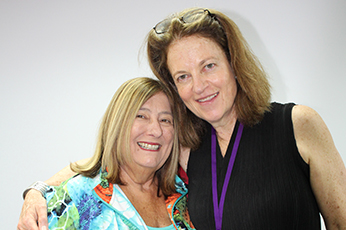 Dr. Susan Pick is a Mexican Psychologist who is founder and president of the Mexico Institute for Family and Population Research (IMIFAP). She earned her degree in social psychology and has been an active member of the American Psychological Association. She has worked together with Dr. Lenore Walker and the International Domestic Violence Institute to help improve people’s lives in Mexico, Latin America and around the world. Her programs are delivered by community leaders in understanding and preventing domestic violence in their town and in the schools. She was named an Ashoka Fellow in 2009, is listed in Linked In, and is the author of “Breaking the Poverty Cycle: The Human Basis for Sustainable Development.” available on Amazon. 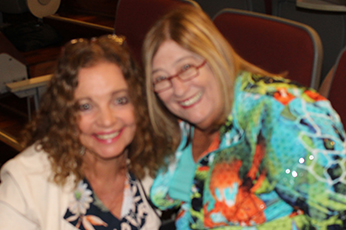 Dr. Maria Raguz, known as Chery by her colleagues and friends, is the Chair of the Psychology Department at the Pontifica Catholica University of Peru where Dr. Walker and Dr. Shapiro were elected Honorary Professors during the 50th Anniversary celebration in April 2017. Dr. Raguz formerly was a member of the Peruvian government where she worked with IDVI and numerous NGO’s around Peru to eradicate domestic violence and child abuse. An active member of both APA and SIP (the Interamerican Psychological Society), Dr. Raguz has helped create policies fighting against all forms of gender violence in Latin America and around the world through her travels. Like Dr. Pick and Dr. Antonopoulou, she is a member of the Margaritas.